We had a wonderful time at the CMP Festival last week for our first ever film-draw event. We had a fantastic audience, who seemed to enjoy the films and drawing sessions equally.

They were welcomed by David Girt, Filmspot‘s favourite pierrot!

David Girt, our pierrot for the evening

He entertained and amused with a combination of origami gifts for members of the audience, slapstick gags and magic tricks…

On arriving at the church, we were amazed to discover that one of the festival volunteers, Marion, had known Lotte Reiniger in the 1950s. She gave a delightful speech at the beginning about meeting Reiniger and her husband, Carl Koch.

Throughout the course of the evening, we watched four charming Reiniger short films: Snow White and Rose Red; The Magic Horse; Thumbelina; and Sleeping Beauty. The films were shown with 15 minute drawing sessions in between, with three different fairytale themes: Little Red Riding Hood; Rumpelstiltskin; and Rapunzel. 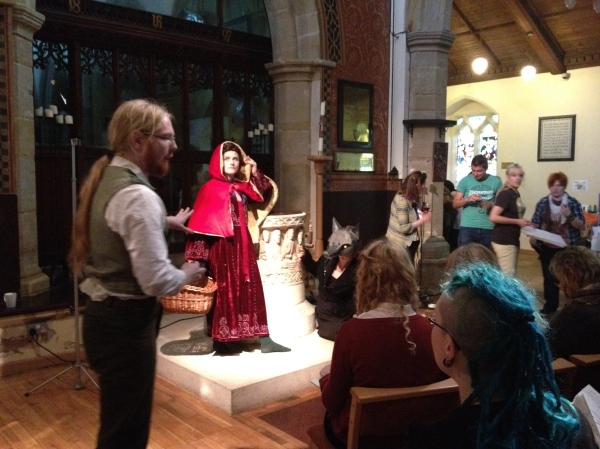 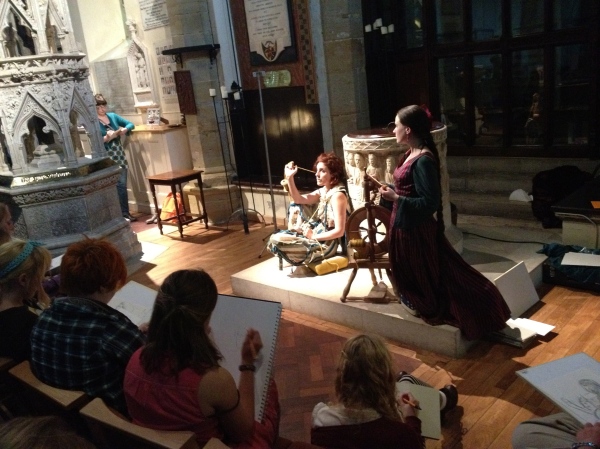 We were really pleased to see so many people drawing – it would have been great to see if anybody was inspired by the silhouette films!

…so that wraps it up for another CMP Festival! It was a great event, and we’re so grateful to Jake Spicer and DRAW, who put in a wonderful effort, and really added to the fantastical feel of the evening. We hope to revisit drawing and film at a future date, so watch this space (or the Filmspot website) for future announcements.

In the meantime, though – we have a great screening coming up at our home from home, Newhaven Fort! On Sunday 26 August, we will present Willy Wonka and the Chocolate Factory (2pm). It promises to be a really memorable afternoon – we will temporarily transform the ‘Romney Hut’ into a magical chocolate factory.